9 Big Quotes From Kanhaiya Kumar Speech After Comeback at...

JNUSU leader, Kanhaiya Kumar get bail yesterday. His first destination was Jawaharlal Nehru University campus and there he addressed the students in a speech that lasted a little over 45 minutes. 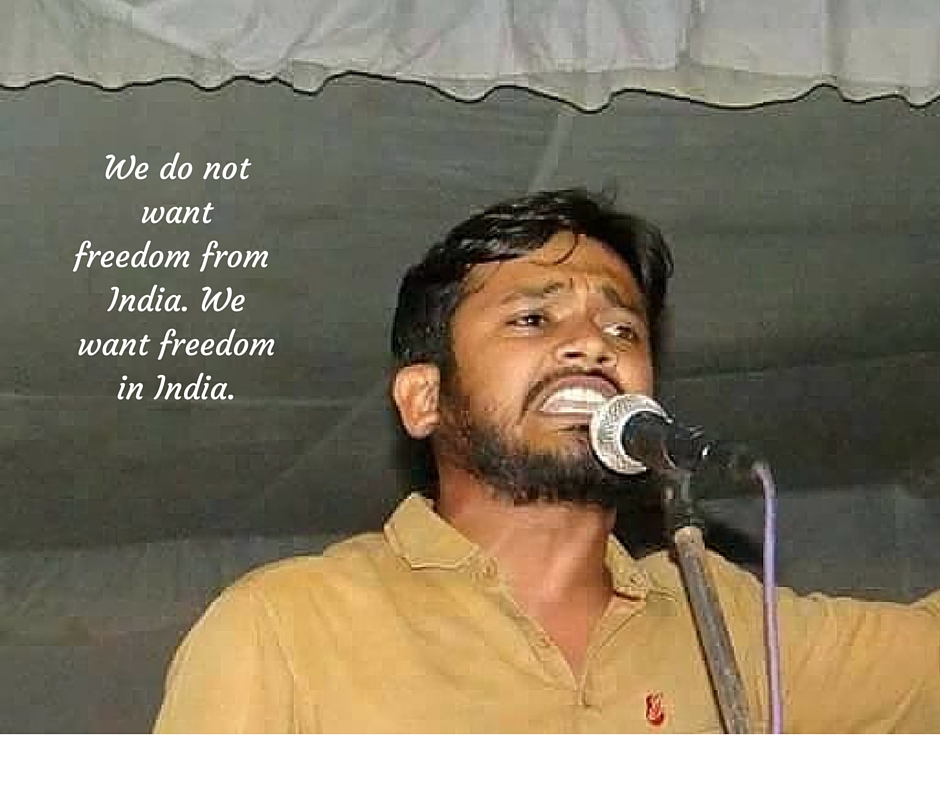 The sedition charges and the violence was a planned attack, which is to delegitimise the UGC protests, to prevent justice to Rohith Vemula. 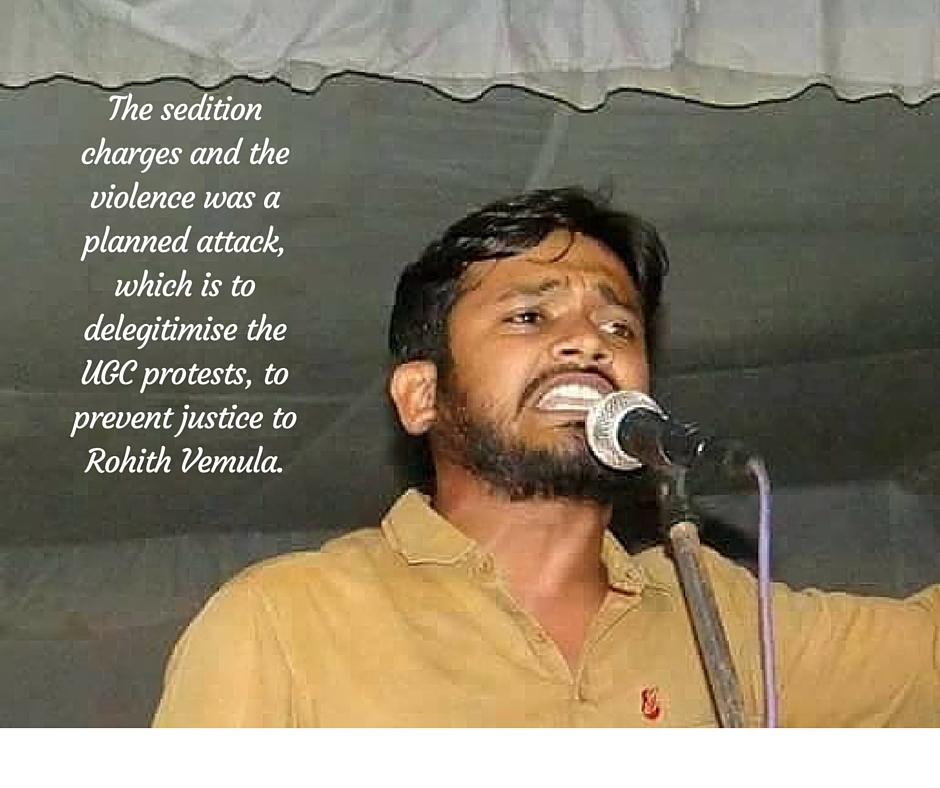 You cannot call the Sun a moon and turn it into a moon. You cannot turn truth into lies. 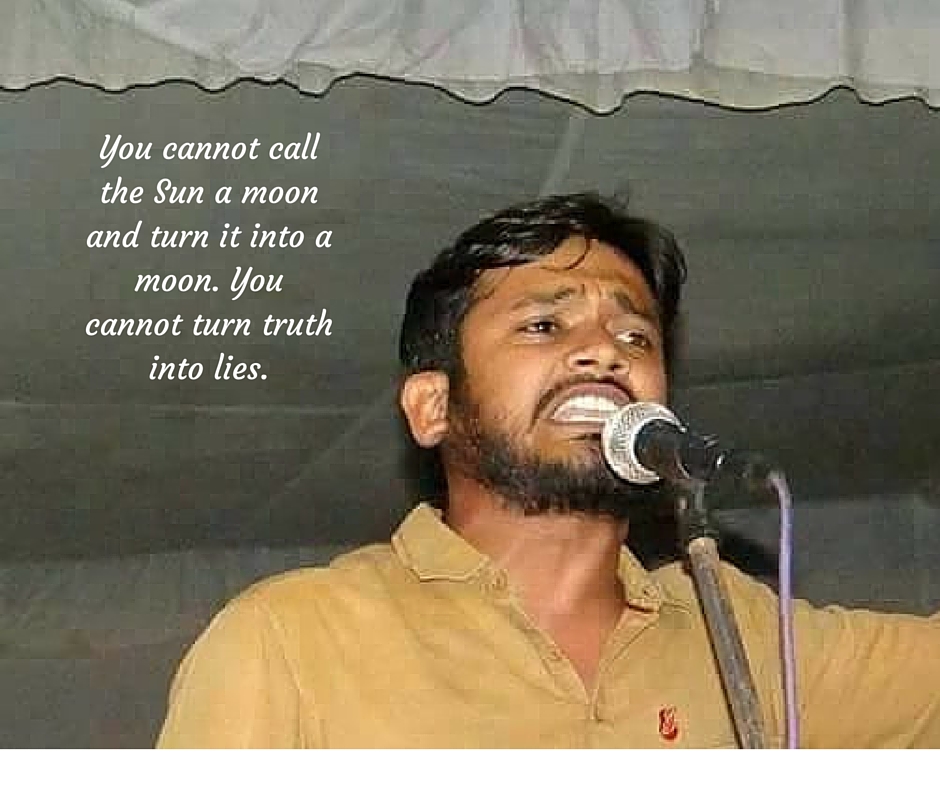 We were cheated by saying Har Har, today you are in trouble with arhar (daal prices). 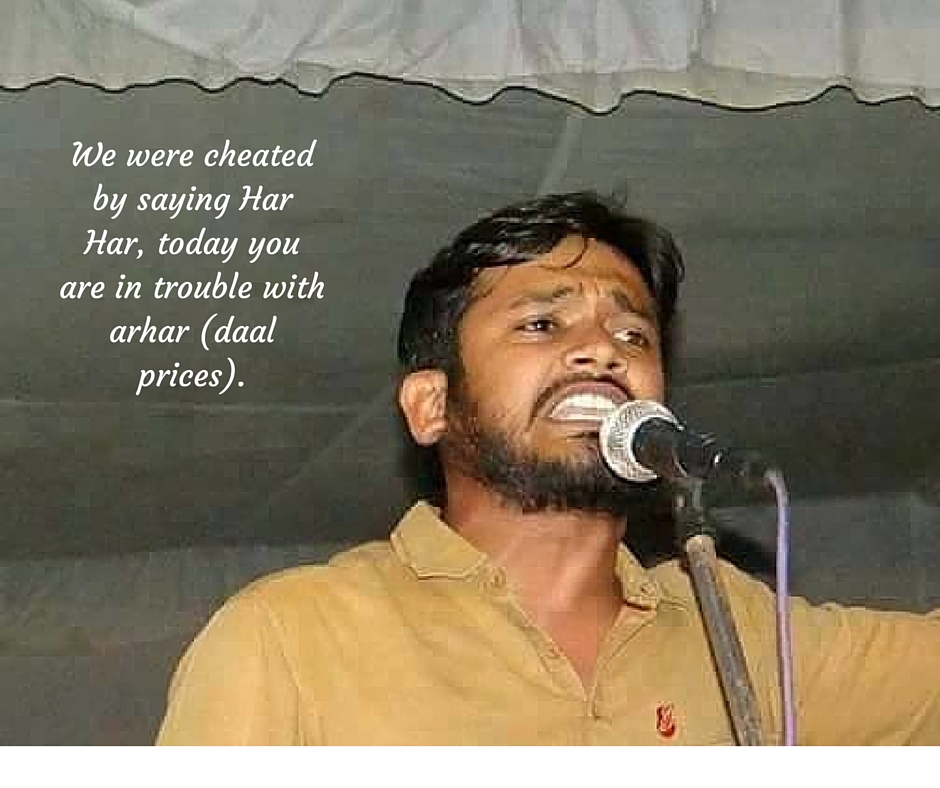 I was given two bowls in the jail one blue and one red, both on one plate. It symbolized India. 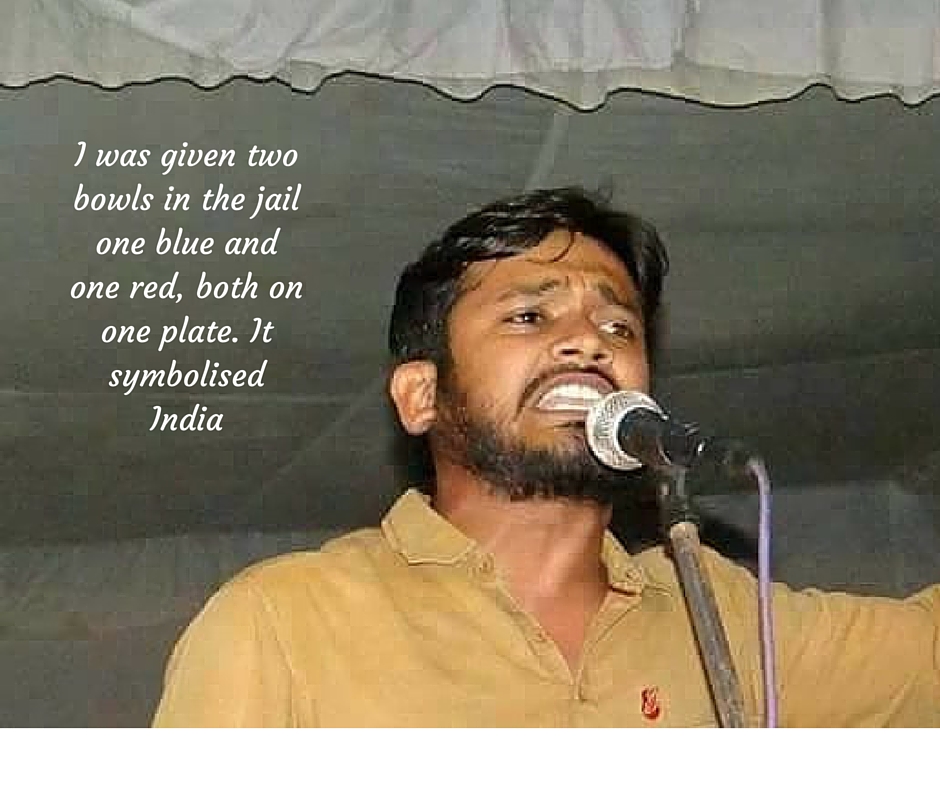 The charge of sedition was used as a political tool, and I have complete faith in the judicial system of India. 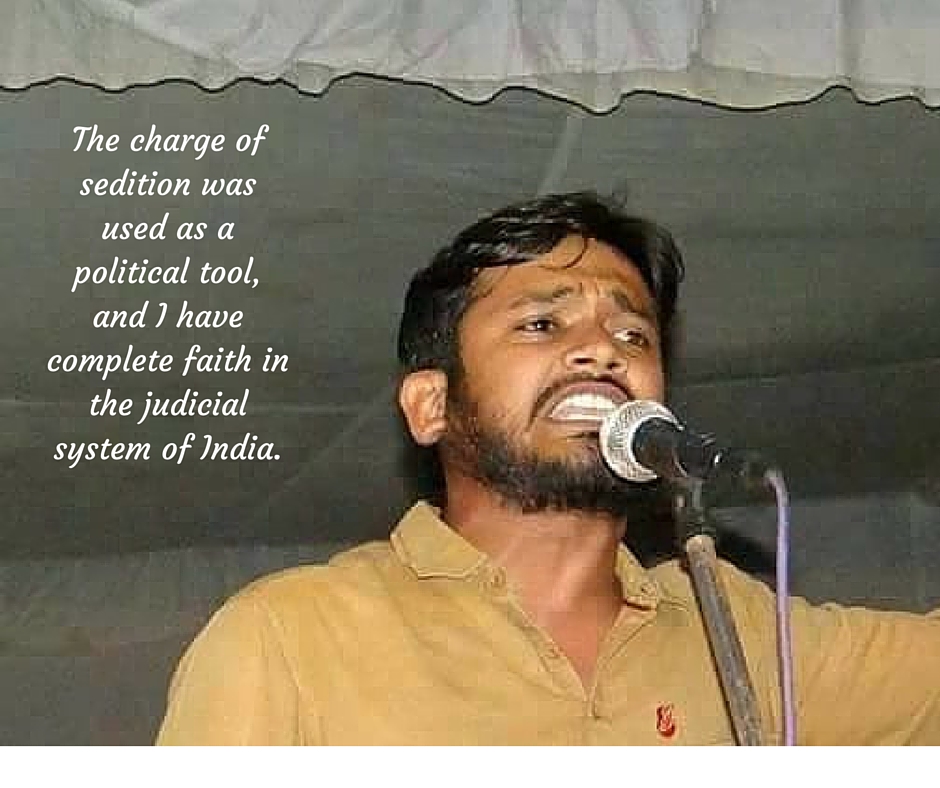 While listening to Modiji’s speech, I felt like going inside the TV and tugging at his suit, and asking him about Hitler, Mussolini. He does Mann ki baat, but never listens. 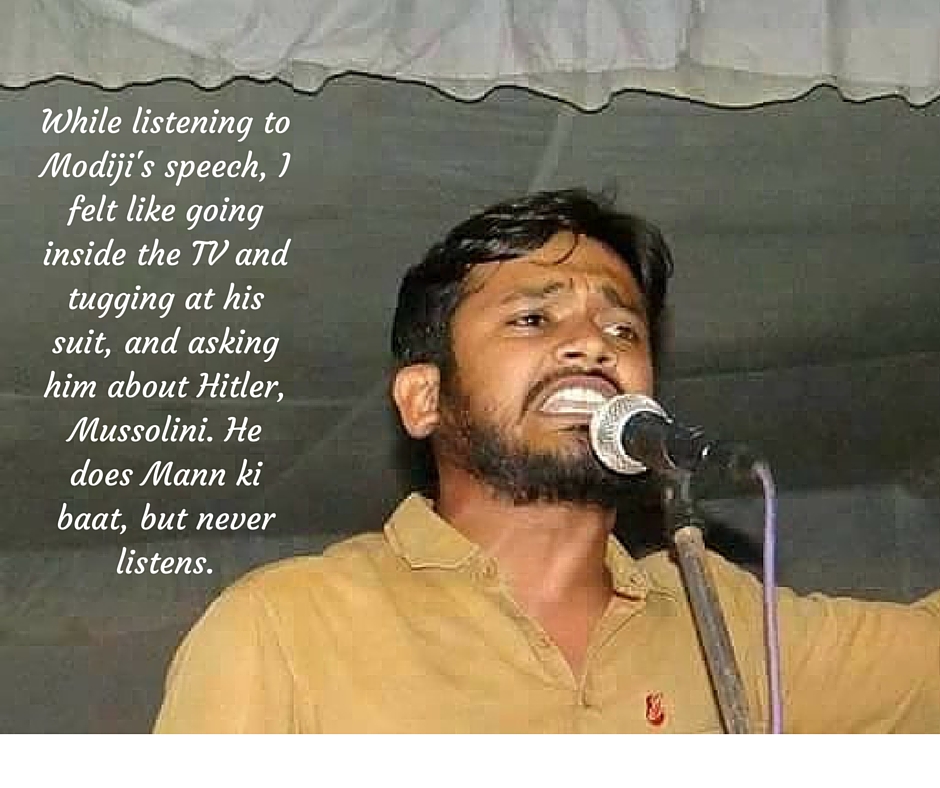 I chatted with my mother after three months. She told me – Modiji bhi kisike maa ka bete hain.. mere bete ko desh droh keh kar phansa diya hai. [Modiji is also a son, but he got my son arrested by calling him a traitor]. 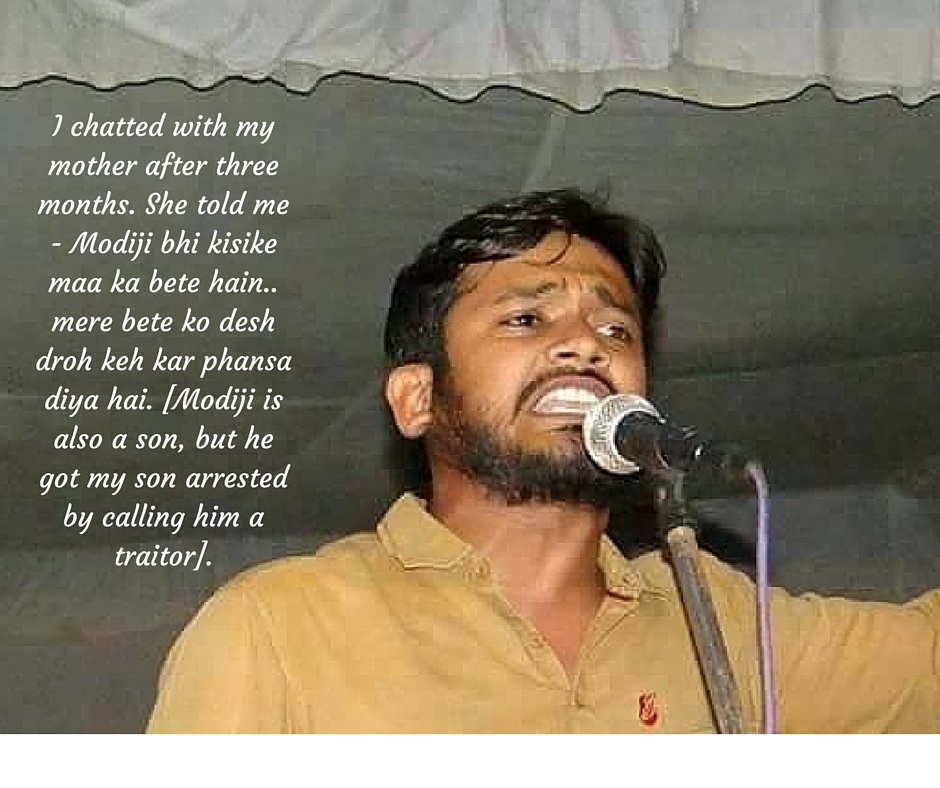 You speak against the government and they send doctored videos. 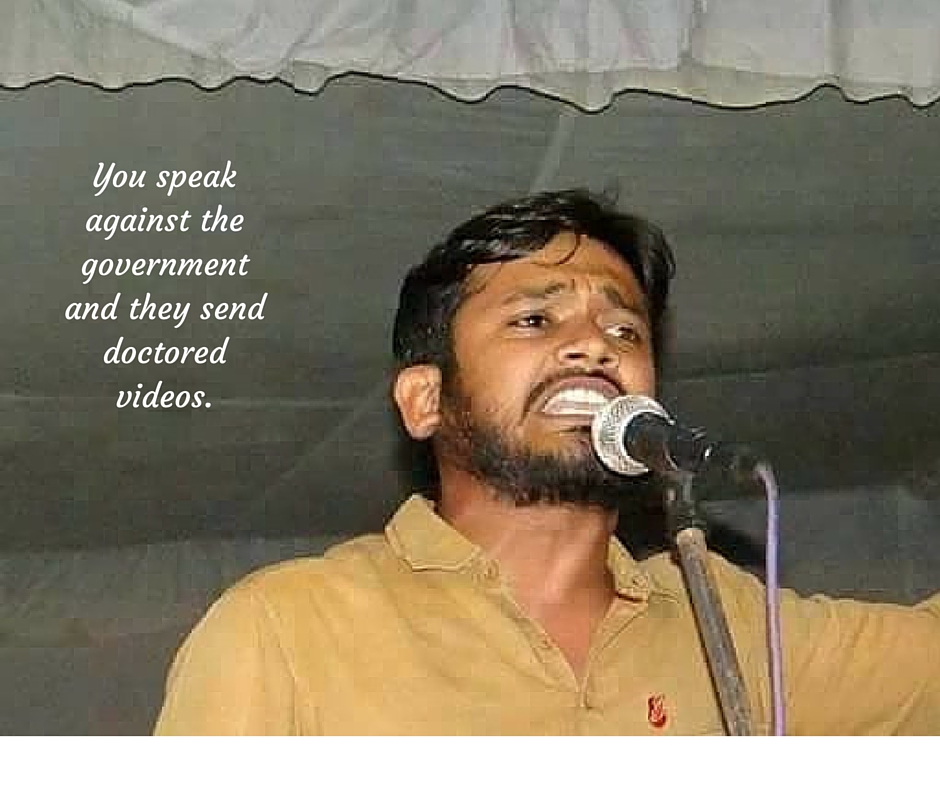 21
87
FacebookTwitter
21 shares, 87 points
Nirmalya has done his post graduate in business administration and now working as digital marketing executive in a US based firm. He loves to share the trending news and incidents with his readers. Follow him in Facebook or Twitter.