11 Most Inspirational Stories of Bollywood That will Oscillate Your...

“BOLLYWOOD” – this 9 letter word is like a dream and ultimate destination for most of the aspiring Indian actors who try their luck to get a chance here everyday. Some of them are lucky enough to showcase their talent; rest fails.

While it is comparatively easy to gain entry in Bollywood for “star” kids, it’s really difficult when you don’t have any inside ‘connection’. But there are always some individuals who challenges their destiny and stood against all odds to make a respectable position in the Mecca of Indian cinema.

Here are 11 such inspirational stories of Bollywood Stars who struggles in their early life and yet gain strong identity with their hard work and raw talent.

Its really hard to believe that, the biggest star of Indian Cinema, Abitabh Bachhan was once rejected by All India Radio (AIR) and spent some sleepless nights in the benches of Marine Drive. 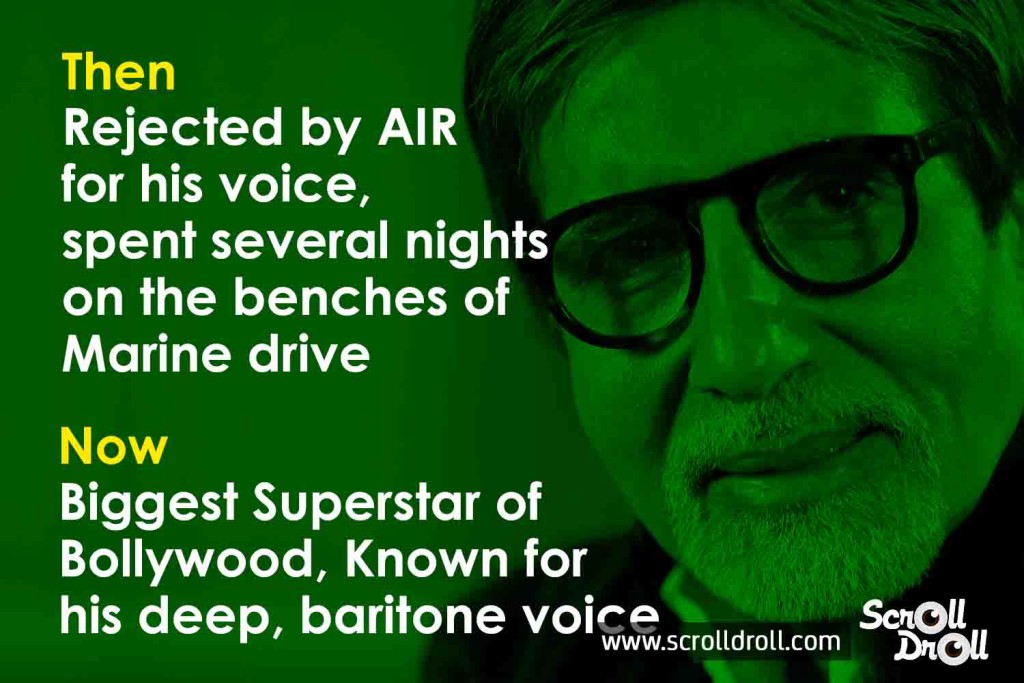 Once Infan had not enough money to buy a ticket for the 1st movie of the series “Jurassic Park”. Now he has just played a vital role in the fourth movie of the same series. QUITE AMAZING!!! 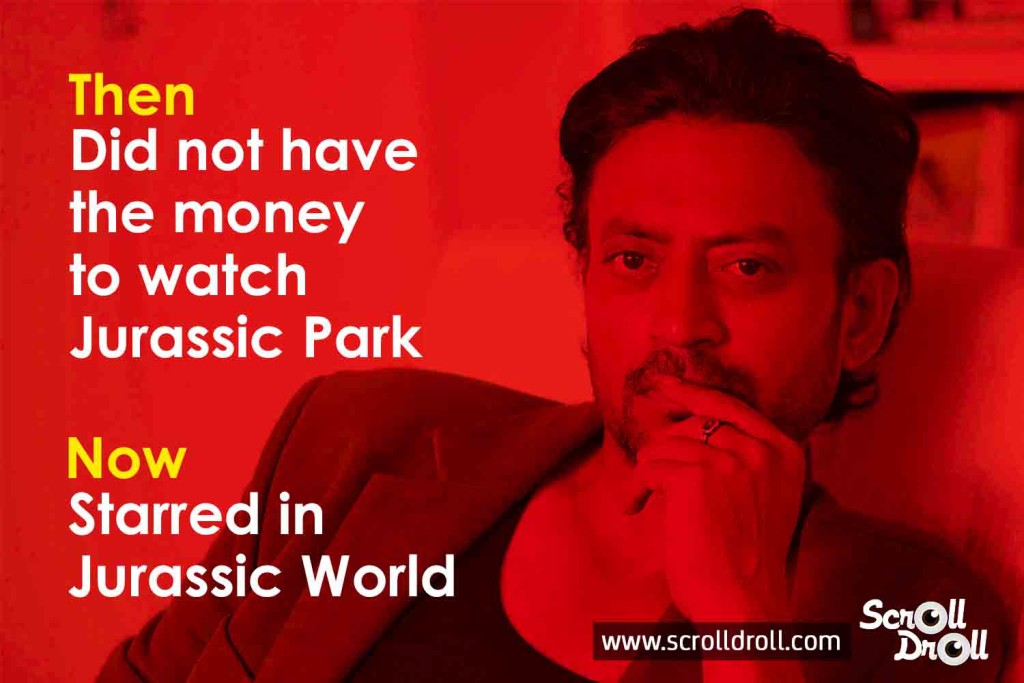 This actor, famous for his typical role as “Circuit” in the movie series Munna Bhai MBBS and Lage Raho Munna Bhai used to sell lipsticks and nail polish in Mumbai local buses at the age of only 17. 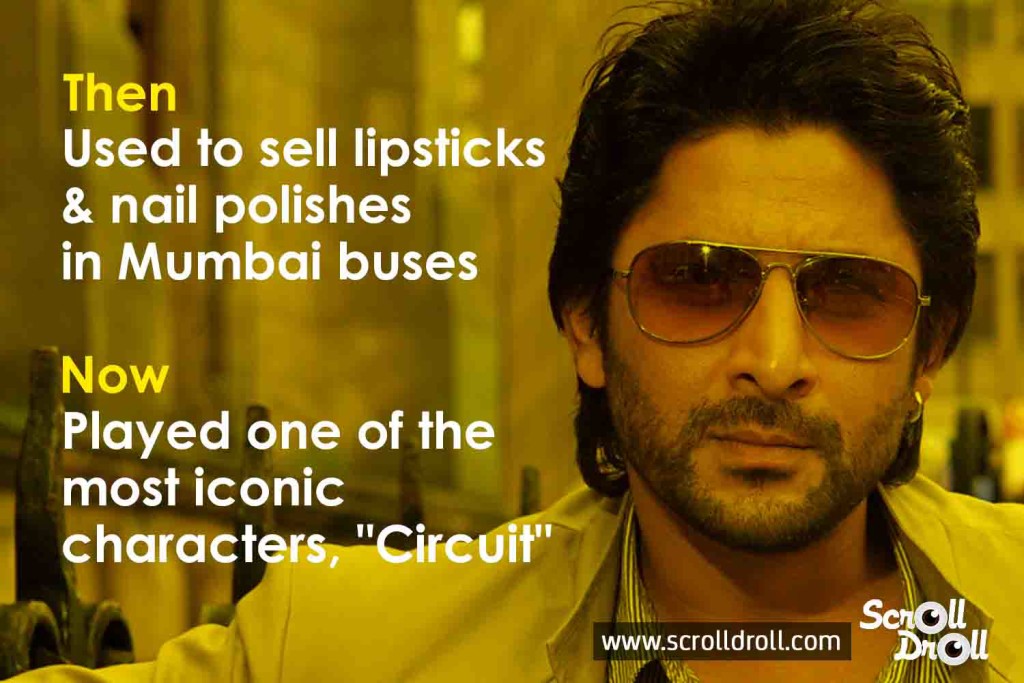 Akshay Kumar, the asli (true) khiladi of Bollywood once worked as waiter and dishwasher in a hotel in Bangkok. In his early days, he was rejected from the audition for the role of Dipak Tijori in “Jo jita Wohi Sikandar”. 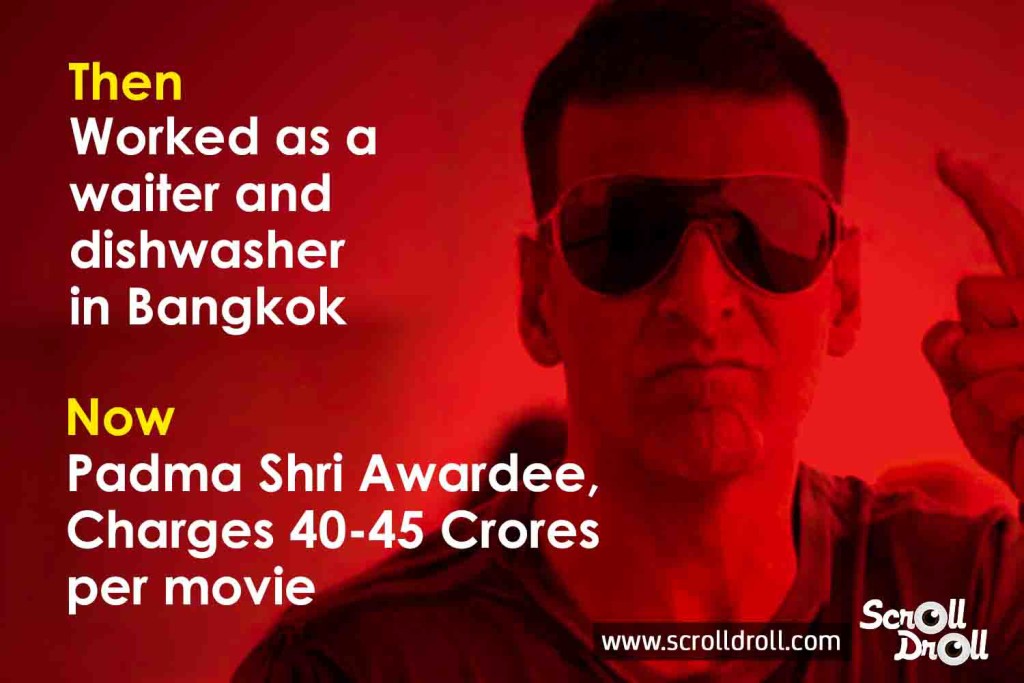 Nawazuddin Siddiqui, the national award winning actor, used to work as a watch man at night in Delhi to meet his daily expenses. 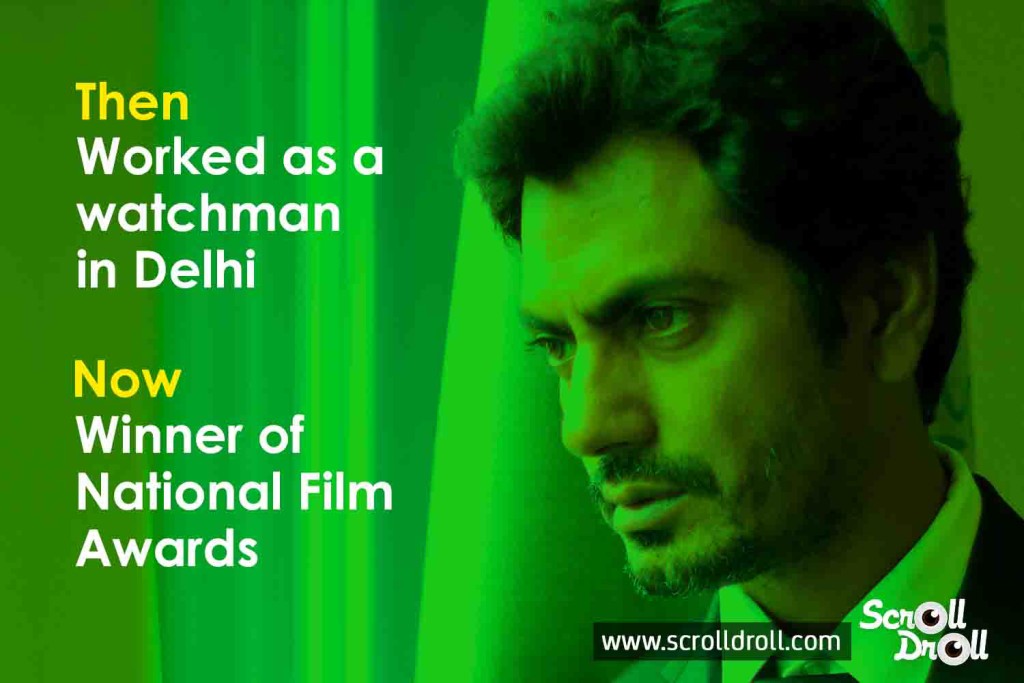 He is one of the most respected actor in Indian Cinema;even a temple is dedicated to his name. But before this fame, he struggled a lot and did various jobs like carpenter to bus conductor to earn his living. 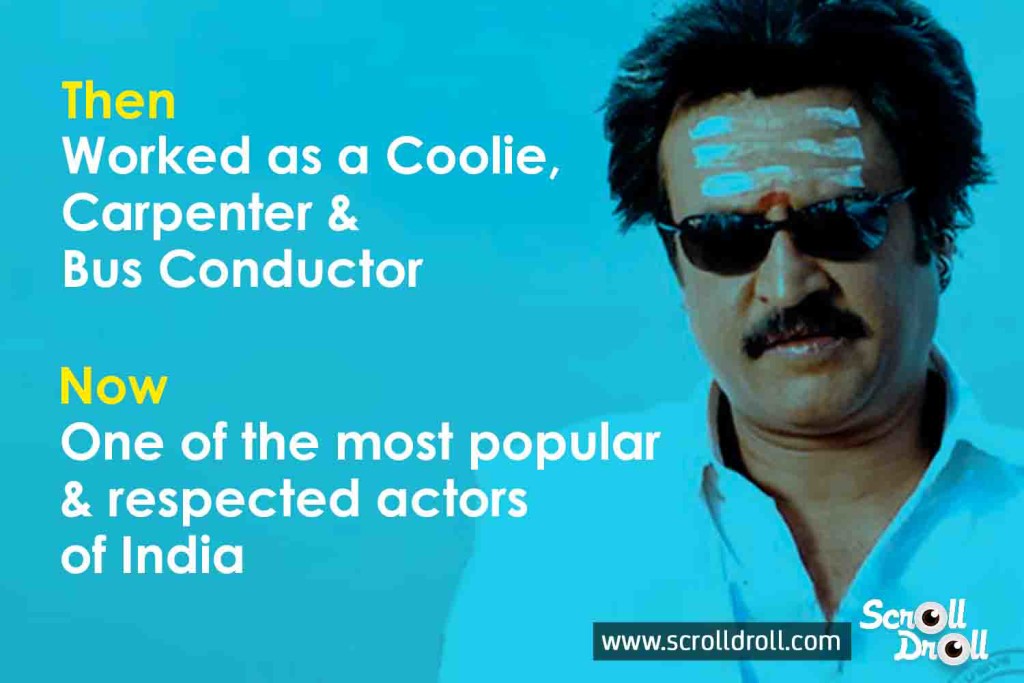 The actor has won a Filmfare Award for Best Actor (Critics) for his role in the 2014 release Ankhon Dekhi. However after losing his father, Sanjay lost interest from this material world and began to sale omlette in roadside shops in Hrisikesh until director Rohit Shetty gave him a break in his film “All The Best” as a comedian. 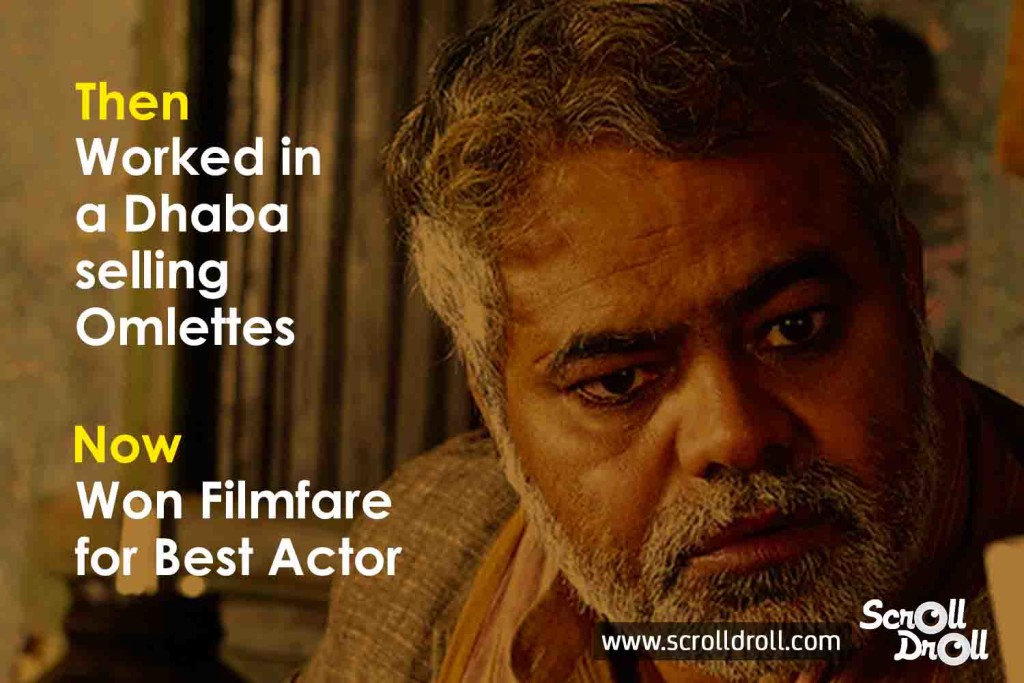 Boman Irani, regarded as one of the finest actors in Bollywood, also winner of Filmfare and IIFA award, worked as a waiter and room service staff for Taj Mahal Palace hotel, Mumbai. 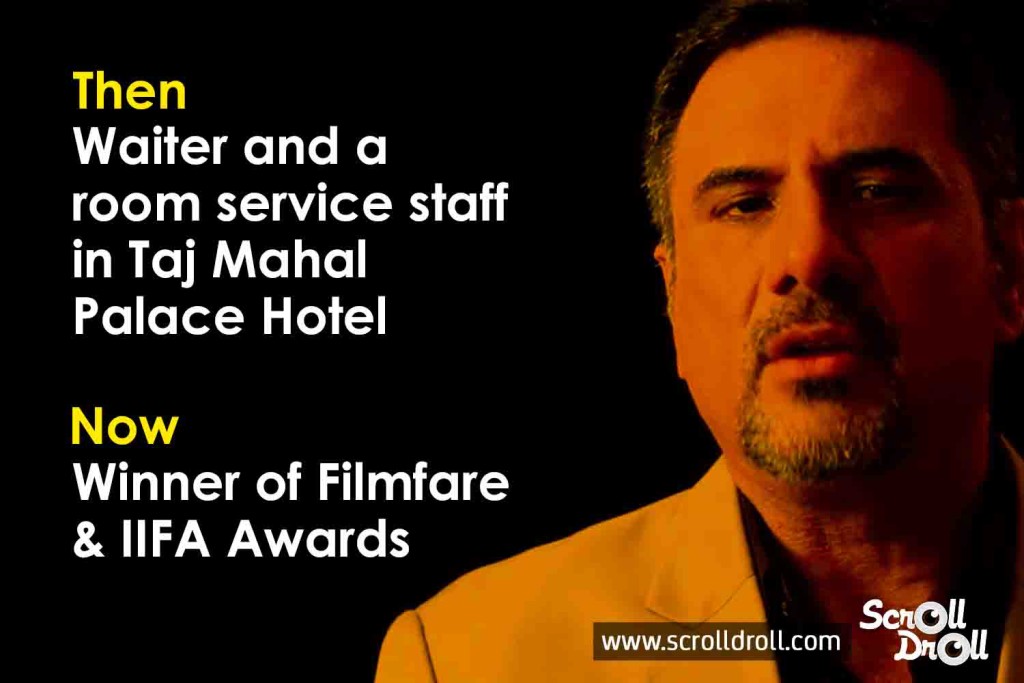 Mehmood, the noted comedian in the 60th and 70th era- who can forget the famous song “Hum Kale hai toh Kya Hua…” in film Gumnaam which was picturised on Mehmood and Helen. But this ever smiling comedian had struggles in his early life. He has worked as a driver for a director and also as a poultry seller. 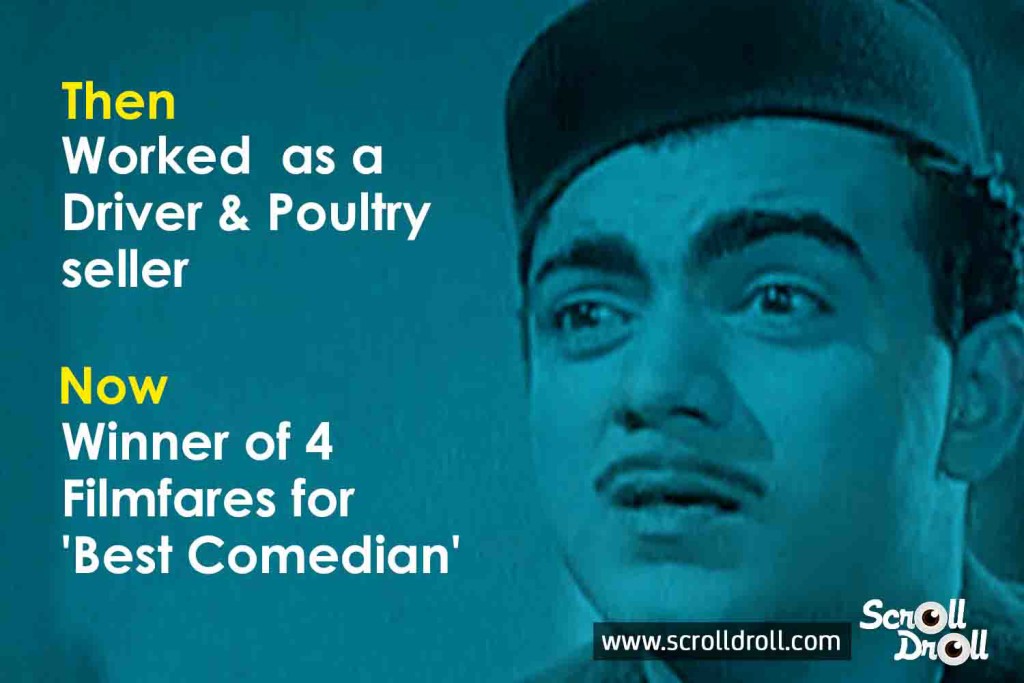 How fate plays its role is beyond our understanding. A naxalite from the wanted list of Bengal Police became the disco dancer of Bollywood and made people dance to his tunes. He won the national award for his 1st film Mrigaya. 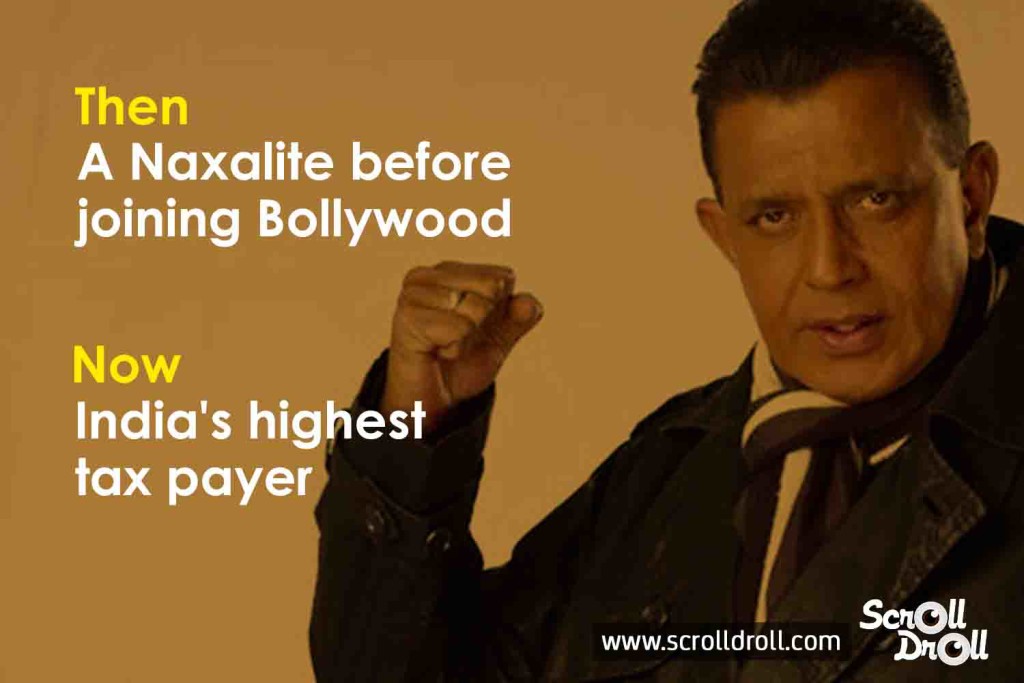 Before his film career as an actor Manoj Kumar, used to be a ghost writer. However,later as an actor he won seven Filmfare award,one National Award and Padma Shri, the fourth highest civilian award of India. 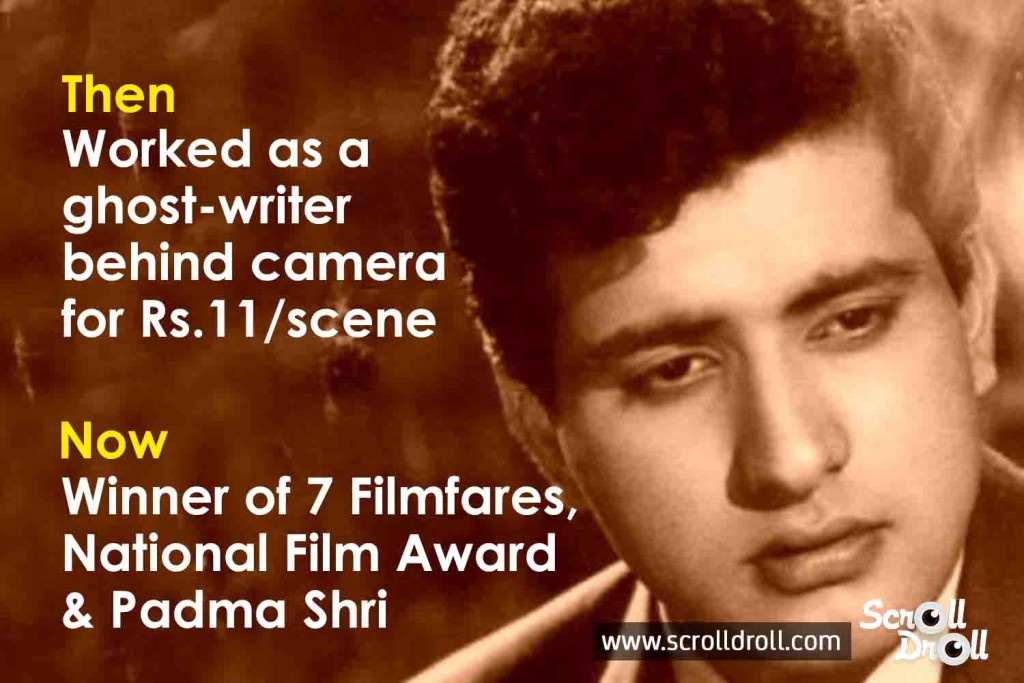 38
99
FacebookTwitter
38 shares, 99 points
Nirmalya has done his post graduate in business administration and now working as digital marketing executive in a US based firm. He loves to share the trending news and incidents with his readers. Follow him in Facebook or Twitter.