Heartless! Kolkata Mom Not Allowed to Breastfeed Publicly Inside Five...

The City of Joy has been Shamed Once Again.

A young mom in Kolkata faced humiliation and insult at a five star city mall on Sunday evening when she was not allowed to breastfeed her hungry seven-month-old child in a suitable place. She was told to do breastfeed her child in washroom, not in the public place.

After this embarrassment, Abhilasha Paul went home and mentioned it in a Facebook rating of the mall in question – South City Mall – that went viral and support was coming from all part of the society. A support group – Breastfeeding Support of Indian Mothers – is now planning to hold a peaceful “nurse-in” outside the mall by breastfeeding mothers to raise awareness.

Recalling the incident, she told – last Sunday evening she visited the mall with her sister-in-law and daughter. When her daughter started crying, she realised that the child need to be fed.  But she could not find a place to sit and feed her child. So she asked the security personnel if there is any suitable place for breastfeeding. “Every time I was told I would have feed the child inside the toilet. There was no other place inside, I was told,” 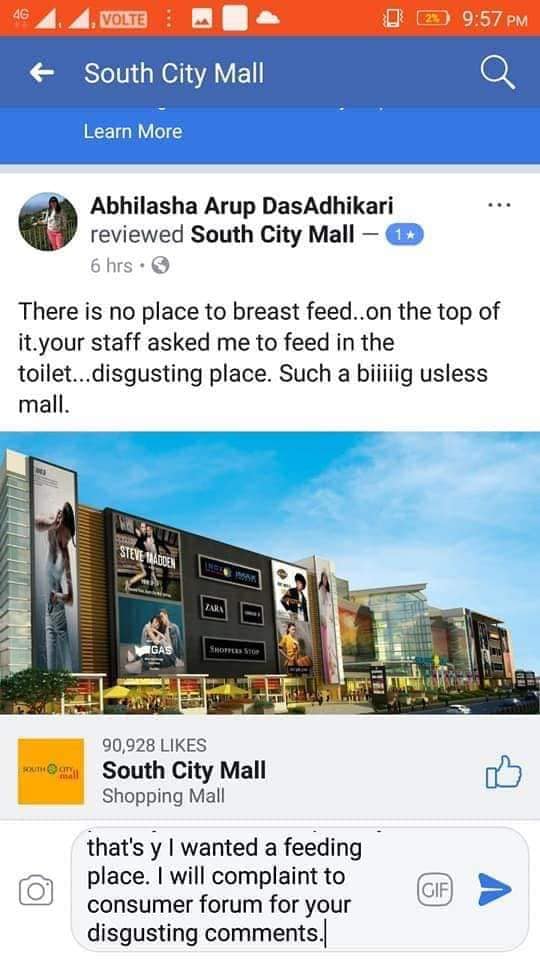 The reply of South City Mall was even Heartless!! 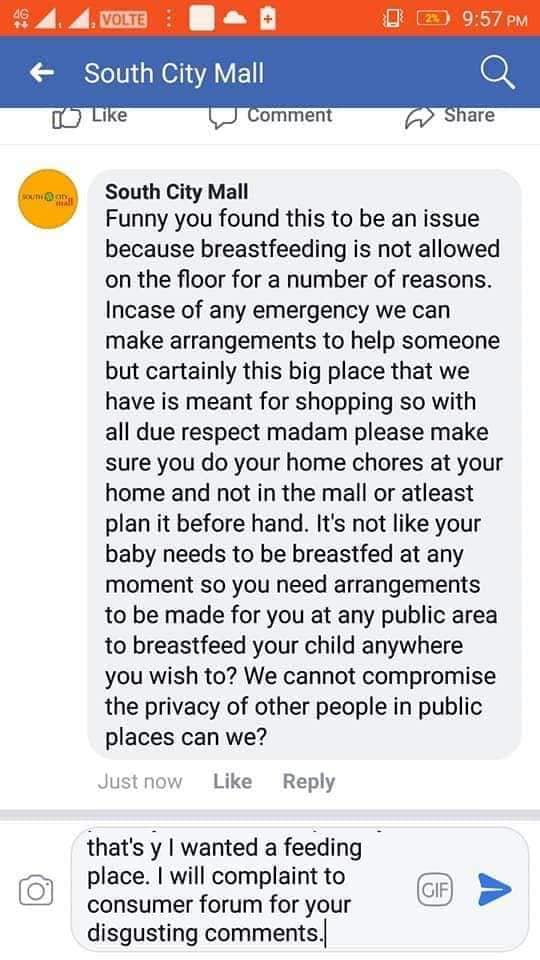 Then they have posted another comment on this issue which was more polite this time!! 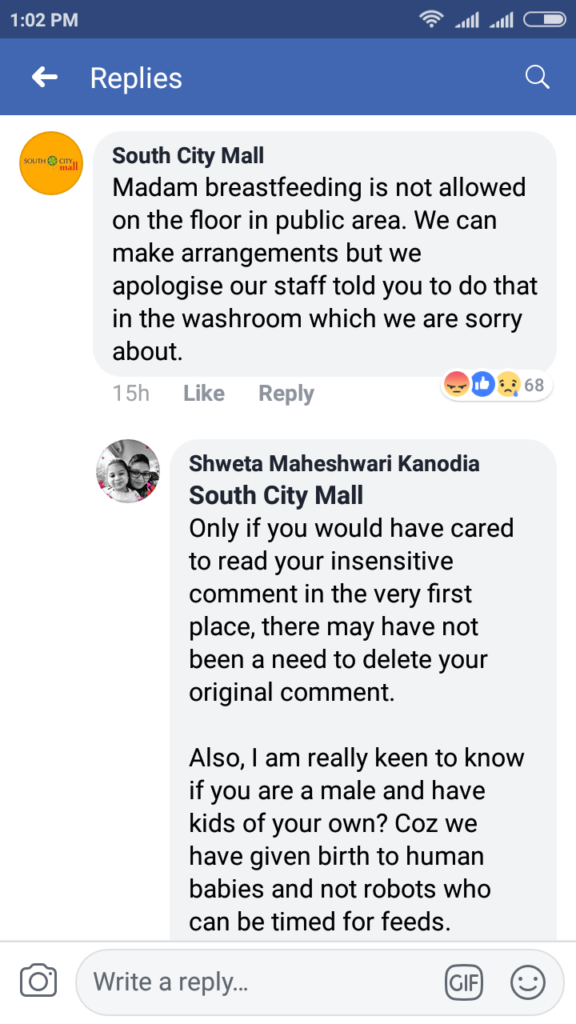 What is your opinion on this issue? Please comment in the box!!

127
100
FacebookTwitter
127 shares, 100 points
Nirmalya has done his post graduate in business administration and now working as digital marketing executive in a US based firm. He loves to share the trending news and incidents with his readers. Follow him in Facebook or Twitter.