ADMK is being controlled! Will BJP’s tactic work?

Trapping an enemy within a circle and not allowing him to escape is a military tactic often used in war. But what’s happening now in Tamil Nadu is not war and what the BJP is doing surely has nothing to do with the tactic.

“If the two ADMK factions must unite Edappadi Palanisamy must remove the Sasikala family from the party and the Tamil Nadu government must recommend for the CBI investigation to solve the confusions surrounding Jayalalitha’s death”, are the two important demands put forward by O. Panneerselvam. 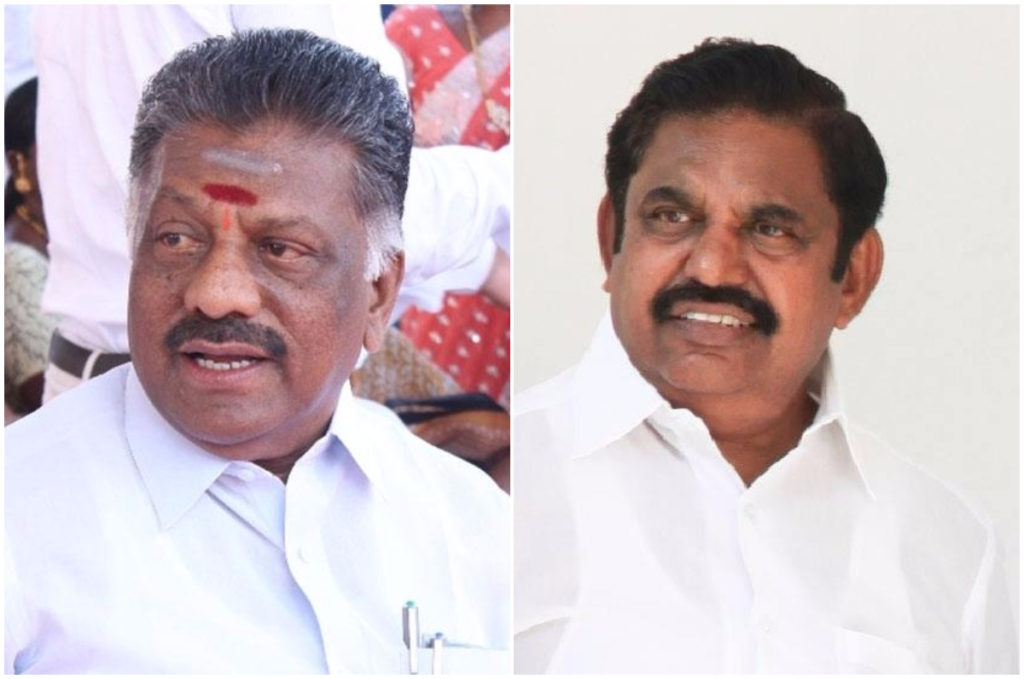 ADMK leaders who are under the leadership control of Edappadi Palanisamy during the meeting yesterday at the party headquarters, they failed to accept the demands put forward by O. Panneerselvam. It was accepted in the meeting that the appointment of Dinakaran as the new general secretary was unacceptable.

In that resolution, not much of an emphasis is given to the demand that, Sasikala who was elected by O. Paneerrselvam and other elected members of the party cannot be accepted as the parties General Secretary. So if that is the case, does it mean that it’s only Dinakaran why they are opposing and not Sasikala who is in jail? Also, does it mean that Divakaran and his other family members can have great power within the party?

Tamil People and the ADMK workers are aware of the fact that Edappadi Palanisamy and O. Panneerselvams’s actions are influenced by the pressure exerted on them by external forces. With the ADMK, its members keep saying there are no problems between them and that it’s just a brotherly fight. Edappadi Palanisamy and O. Panneerselvam have so far not attacked each other. Because they both know they are not very different from each other. It seems like BJP high command dictates the decisions ADMK makes here in Tamil Nadu.

Today in Tamil Nadu, both the present chief minister and the former chief minister are only trying to make peaceful terms with the BJP, to keep their wealth and their assets safe. Political commentators say the ADMK leadership won’t question this due to fear of income tax raids that would be unleashed at them if they do so.

During 2014 election, when it was widely believed that ADMK will form an alliance with the BJP, the party’s leader Jayalalitha at that time announced ADMK would face the elections alone. Central ministers and many BJP leaders tried to form an alliance with ADMK, but Jayalalitha simply said: “let’s look at it after the elections”. Because of Jayalalitha’s tactic, ADMK managed to win 37 out of the 39 Lok Sabha seats and became the party with the third highest number of MP’s in the Lok Sabha.

Though Jayalalitha had many friends in the BJP, she strongly opposed the Food Security Act, NEET exams, and the Uday Electricity Scheme very strongly. She also insisted that “the central government must compensate for all the losses the state government endures” due to GST. But OPS and EPS have both silently accepted all these policies without protesting.

After adopting many tactics, BJP has finally managed to trap OPS and EPS within a circle and sources say that BJP has also issued an ultimatum. Will they stay trapped or will pro Dinakaran MLA’s withdraw their support for Edappadi Palanisamy and topple his government? It could only be found out after seeing how events unfold in the future. For the ADMK workers and the Tamil Nadu people, they are not worried about the tactics and they only want the war to come to an end because it is the people who are getting affected by this war which is going on between the two forces. The people want the leaders to understand this and act accordingly.